I’ve thought about creating the iPad simulator shortly after I bought my iPad. I was fascinated by the UI and wanted to see if I can recreate it.

This isn’t the first online simulator I’ve built, before this, was a Nokia n97 simulator, also built with JS + CSS  (http://nokian97.co.il)

I’ve uploaded the iPad simulator a while ago, started playing with it, adding apps  (google maps, safari, photos etc’) , and I was getting 5 hits daily (most of them me from work) 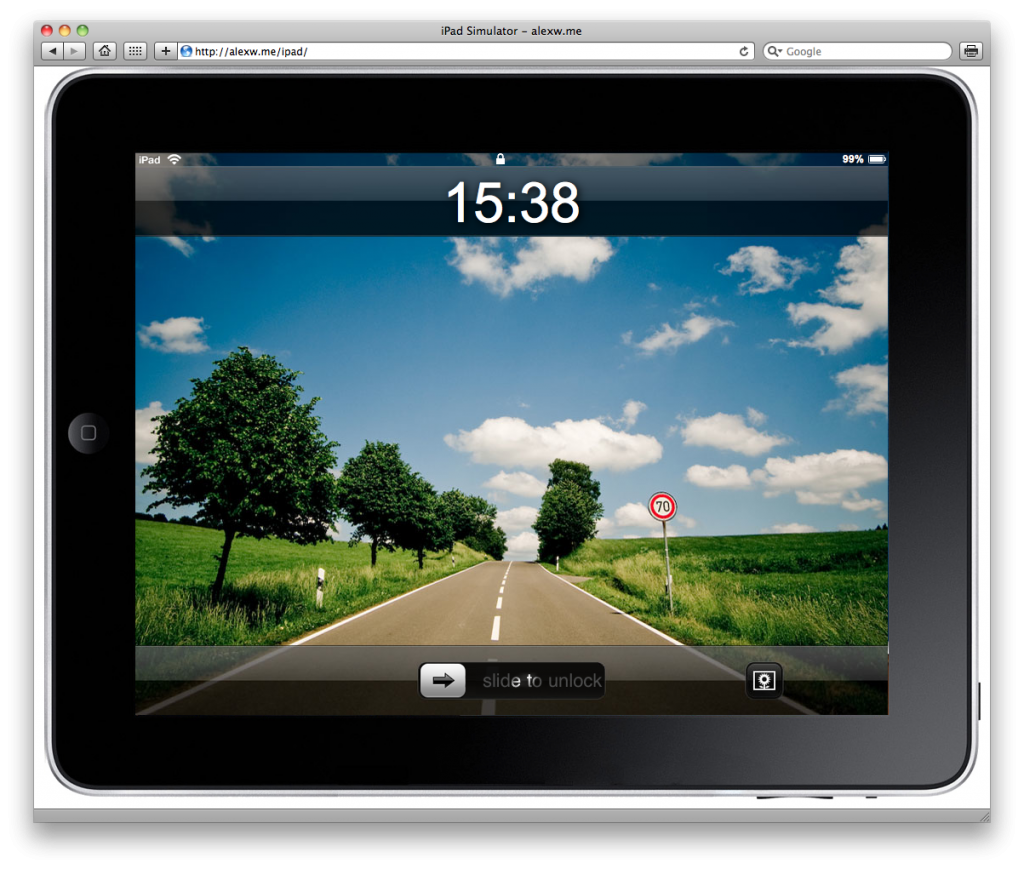 I joined Forrst and decided to share it with the forrsters , and I got amazing feedback. And people there told me they want to hack on it, so I’ve released the code on github.

Some weeks after, I went to a W3C Israel meeting on web app development and after a short hackaton (results of which you can see  here and fork on github ) I’ve showed the guys there the iPad simulator among other things. They told me I have to publish it somewhere. I’ve sent an email to [email protected] and went to sleep.

I wake up, and I see that someone mentioned me on twitter (I’m @altryne) and he talked about my iPad simulator. I went and checked google analytics and I was amazed to see that while I was sleeping more then 2000 unique hits arrived at my site.

Turns out my site was a hit on twitter, with guys like Dylan Schiemann (@dylans), Jesse Newhart (@JesseNewhart),Dion Almaer (@dalmaer),Cameron Moll (@cameronmoll) and a lot more – thanx a lot guys 🙂 I’m glad you like it.

Like I said, I never expected this kind of embrace by the community, and I certainly was surprised to see my link in the guardian tech blog and on Developer.Yahoo.com tech blog and I was proud.

Well I read all the comments I could find, including the trolling and I have a ton of stuff to do.

One thing I was thinking about, is showing a web demo of some iPad applications, and ask developers to provides those demo’s, because screenshots are too static 🙂

If your’e an iPad app developer and want to see your app in the simulator, contact me : alex [at]  alexw.me